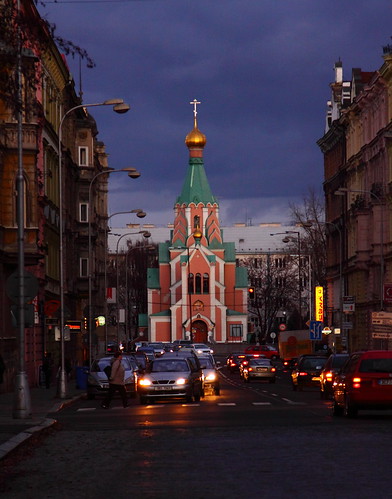 The Church of St. Gorazd, Olomouc.

Olomouc is a city in Moravia, in the east of the Czech Republic. The city is located on the Morava river and is the ecclesiastical metropolis and historical capital city of Moravia. Nowadays, it is an administrative centre of the Olomouc Region and sixth largest city in the Czech Republic. The city has about 102,000 residents, but its larger urban zone has a population of about 480,000 people.