30 November 2012: The Democratic Republic of Congo deal with many tribes & milit… 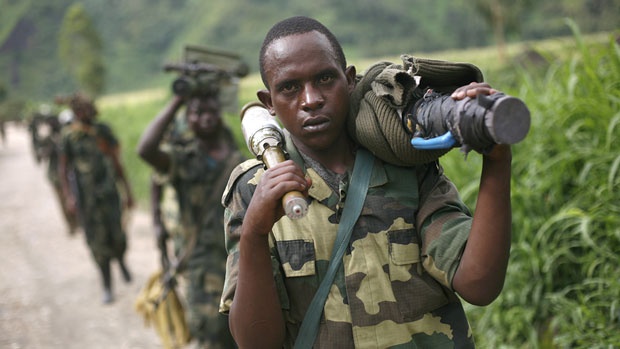 30 November 2012: The Democratic Republic of Congo deal with many tribes & militant organizations. A foremost militant group is M23. They conquered many cities with the aid of Rwanda and Uganda. A most meaningful city is called Goma. This is a picture of the rebels, withdrawing from that city. DR Congo have been in conflict for many years. Some of the most poignant offensives were in the years 1996, 1998, 2004, and 2008. Diplomacy lead to a successful temporal peace deal in these months of 2012