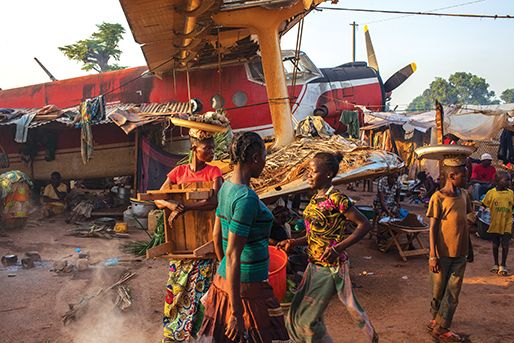 Hell Is An Understatement: Half of Bangui’s international airport has turned into a tent city for displaced Christians.The situation is Central African Republic is also dire. More than 100 people have been killed in fierce fighting in the past 10 days, and the medical charity MSF has said it is suspending all but emergency care in the country after a bloody attack on one of its clinics left 16 people dead, including four of its own staff.