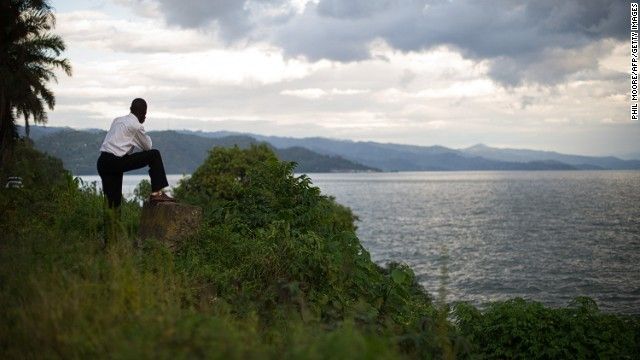 A man looks out toward the hills of Rwanda from the eastern edge of Lake Kivu in the Democratic Republic of the Congo's eastern city of Goma. Congo is the crossroads of Africa, bordered by nine countries. It is the continent's second-largest country in area (behind Algeria) and fourth-largest in population (behind Nigeria, Ethiopia and Egypt).