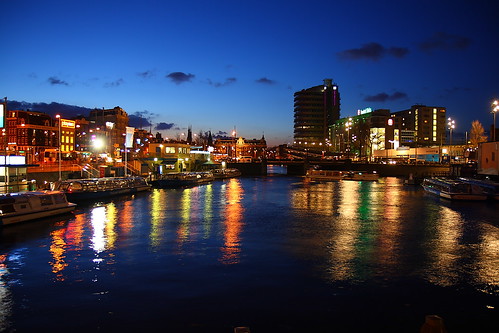 I took this photo tonight in Amsterdam city centre near NH Central Station looking out over one of the many famous canals just after sunset.

I have never in my life seen two cities so close together on the map so different as Amsterdam and Almere, Amsterdam is so alive at night teaming and dynamic and Almere is almost asleep at night. Just be careful stopping to take photos you could almost get run over in Amsterdam!

Amsterdam is the capital and largest city in the Netherlands.

Previous Thailand Map Art, Thailand Print, Asia Country Maps, Bangkok
Next Rainforest layers diorama. Can I adapt this to our study of the layers of Earth…