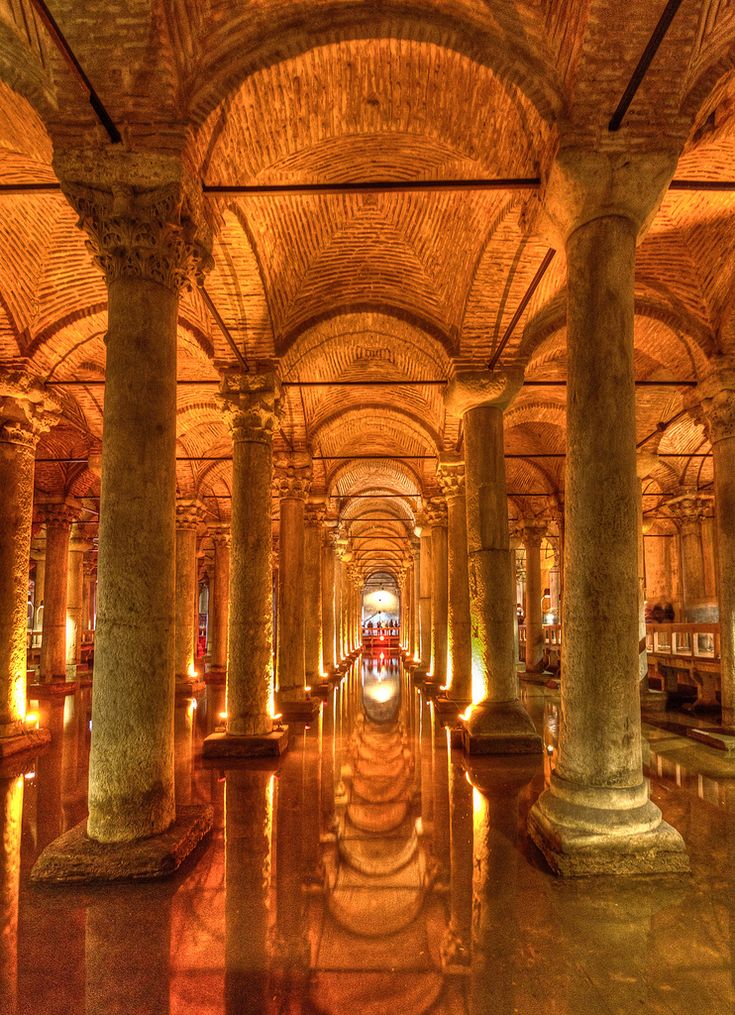 The Basilica Cistern (Turkish: Yerebatan Sarayı – “Sunken Palace”, or Yerebatan Sarnıcı – “Sunken Cistern”), is the largest of several hundred ancient cisterns that lie beneath the city of Istanbul (formerly Constantinople), Turkey. The cistern, located 500 feet (150 m) southwest of the Hagia Sophia on the historical peninsula of Sarayburnu, was built in the 6th century during the reign of Byzantine Emperor Justinian I. from Wikipedia