Beware of Politicians Who Cough 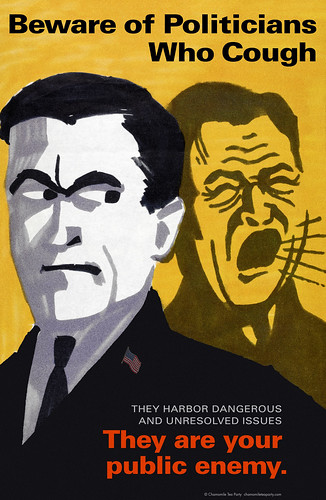 Presidential candidates are people. They get sick just like us regular folk. While we deserve to know when a politician is seriously ill, using a less serious illness as a political tool is a cheap shot and only adds to the electorate’s notion of "dirty politics.." And, it easily grows way beyond reality. Take the WABC news team in New York City who reported on air that Hillary Clinton was dead. In reality, presidents have had a number of more serious illnesses while in office than Hillary’s bout with pneumonia. Oh, and Hillary is quite alive.

The 2016 presidential election is already a major outlier. Let’s not make it any worse.

See all the posters from the Chamomile Tea Party! Digital high res downloads are free here. Other options are available. And join our Facebook group.