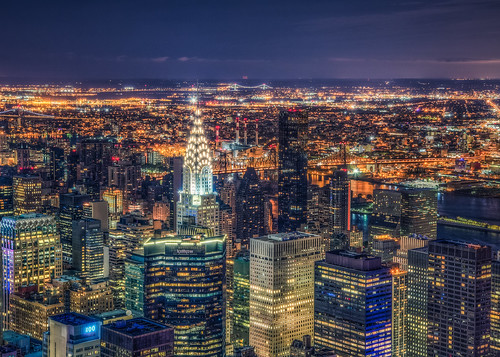 The best skylines in the world have iconic buildings that make them instantly recognizable. New York is obviously one of the best, and the skyline has no shortage of standout landmarks. At the time of its completion, the Chrysler Building was the tallest in the world, but it held that title for less than a year until April of 1931 when the Empire State Building opened and took the position of worlds tallest.

Previous End of the walk in Myeongdong, Seoul, Autumn 2014. photo by von Made Yudhistira
Next Teaching Children about South America