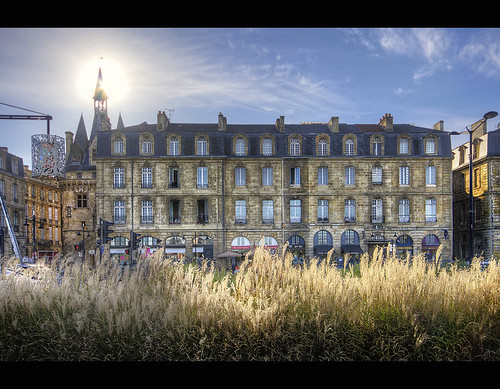 Deadly animals, small and large, stalk most parts of the world looking for prey, except in England, the least dangerous place in the world. Rachel and I saw a fox once while walking to work at 5:00am. It was one of my best days.

Today, one of the deadliest creatures of all, a poisonous spider sat on the wall of our temporary French home. I stood strong and protected my woman!

Grabbing a glass, I captured the beast, and trapped it by covering the glass with cardboard. I looked into its eyes. He looked into mine. Rachel could feel the tension. She was surfing the net, trying to look calm. I knew she was terrified really.

The beast was so big it had a facial expression – its face said ‘You’re dead, hairy man’. I had other ideas. I walked carefully down the step that separates the kitchen and the corridor. I’d fallen over that step hours before, scraping my knee. I haven’t fallen over like that in years. My pride was dented. But not now, I was pretty darn brave.

How did I know it was poisonous? It was a born-survivor’s intuition. Some of us experienced wildlife folk know these things.

Why would I drop the spider only for it to go for my jugular seconds later? Instead I placed the glass on the floor and calmly ran away.

Travelling can be hazardous, especially in countries where there are so many predators.

Bordeaux was hectic. Tourists and traffic buzzed about everywhere. I couldn’t take a photo of the marvelous architecture without people wandering into the frame. Instead, I contented myself with ducking behind this hedge and cutting out the distractions.