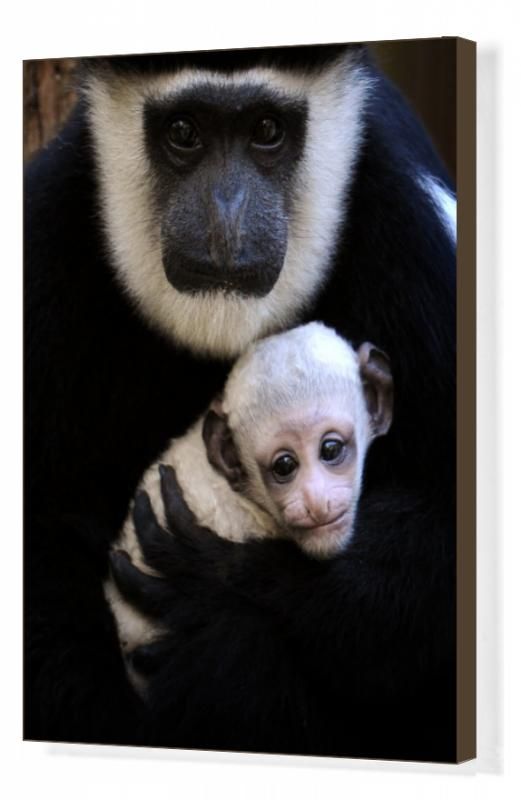 51x41cm ready to hang Box Canvas Print. Melbourne Zoo’s newest primate baby, a three week-old Colobus monkey, is held in the arms of her mother Clover, in Melbourne on June 29, 2011. Keepers have not been able to determine the sex of the newborn monkey which is pure white and won’t display any black markings until it’s several months old. Black and White Colobus Monkeys, native to Angola, Democratic Republic of Congo, Uganda, Rwanda, Burundi, Tanzania and Kenya, have seen their populations suffer from the fur trade during colonial times, but no