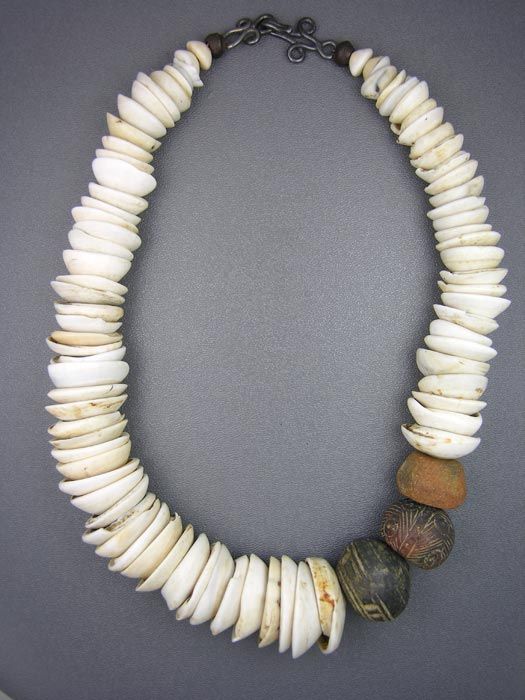 by Anne Marie | Necklace combining antique conus shells used as currency over the centuries in Mauritania, together with three spectacular antique spindle whorls from Mali. Although often collected and strung as beads, whorls were originally used as counterweights to help spin thread. Made of clay and stone and incised with geometrical patterns, they are recognizable by their enlarged central hole. Recent excavations in the old city of Djenne show whorls to have been used at least since 1000AD