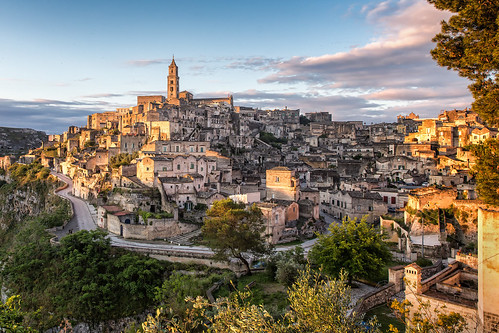 The first rays of the rising sun peek above the horizon and light up ancient Matera’s east-facing walls.

A decade ago, Mel Gibson and his film crew spent six months on location here filming the controversial film, "The Passion of the Christ."

Much of this older part of the city — Sassi di Matera — is subterranean in nature and is built as much into the calcareous rock as upon it.

Matera is a UNESCO World Heritage Site and is a beautiful and intriguing place.