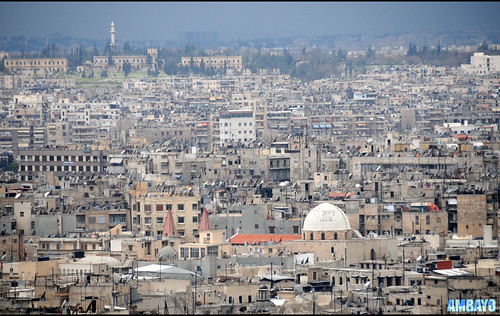 Aleppo is one of the oldest inhabited city in history . It knew human settlement since the eleventh millennium B.C. through the residential houses which were discovered in Al-Qaramel Hill .Aleppo has been conquered by many nations and civilizations since the 4th millennium B.C. , it knew the Sumerians ,Acadians , Amorites,Babylonians,Hithies, Mitanians,Assyrians,Arametes,Chaldeans, Greeks , Romans and Byzantines . The Arabian tribes lived in the 1st millennium B.C. till the time of the Islamic conquest which was a liberation from the European Byzantine occupation on one hand and a human civilized rebalance to the native people on the other hand . The Islamic civilization through its flexibility formed a new horizon that reshaped other civilizations in this supreme tolerant form , that form called for peace and brotherhood . fifteen centuries ago up till now Aleppo becomes one of the most important Islamic cities through its economical , historical , artistic and cultural legacy .