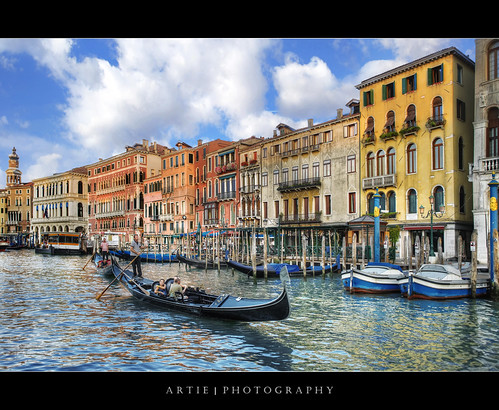 As most of you may have noticed, my hdr processing has been rather mild for quite a few years already. Therefore if I happened to overprocess one, it will most probably be quite prominent 🙂 This photo is 1 good example and has been processed a notch more than I normally do to make it look like a painting. Not that I remembered why I did it 😛 however I believe I must have been very inspired by all the artworks I have seen of Venice when I was there 😀

Gondoliers Steering Their Gondolas Through The Grand Canal, Venice, Italy

Previous The Bucket List of Asia features 90 must see and do experiences for travellers v…
Next South America: Original Cultures two – Ancient Man and His First Civilizations