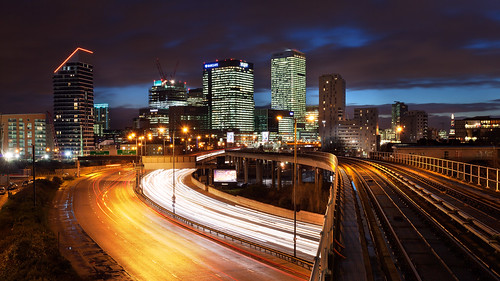 © 2013 Paul Newcombe. Don’t use without permission.

I was in London’s Canary Wharf this week for a photoshoot for work. I managed to hang around afterwards and get a few shots of the city. I’d spotted this composition the previous evening near the hotel. However, a quick search of Flickr shows it’s not an original viewpoint. Got here a little later than I’d normally like to shoot blue hour photos. That means I’ve lost a lot of detail from the sky. But I have some shots to process from within Canary Wharf earlier on.

Such a fabulous city for photography.