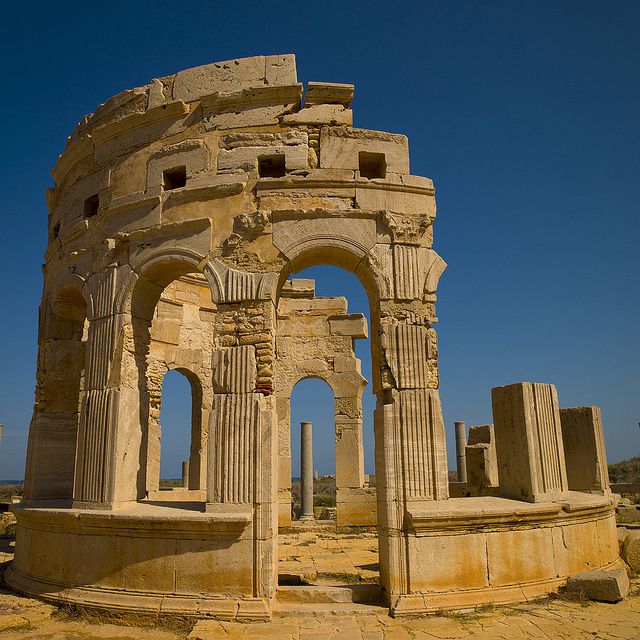 Libya. Leptis Magna, also called Neapolis, Lebida or Lebda , was a prominent city of the Roman Empire. Its ruins are located in Al Khums, Libya, 130 km east of Tripoli, on the coast where the Wadi Lebda meets the sea. The site is one of the most spectacular and unspoiled Roman ruins in the Mediterranean // Flickr by © Eric Lafforgue