Breaking News
Home / European / Libraries are not made; they grow.

Libraries are not made; they grow. 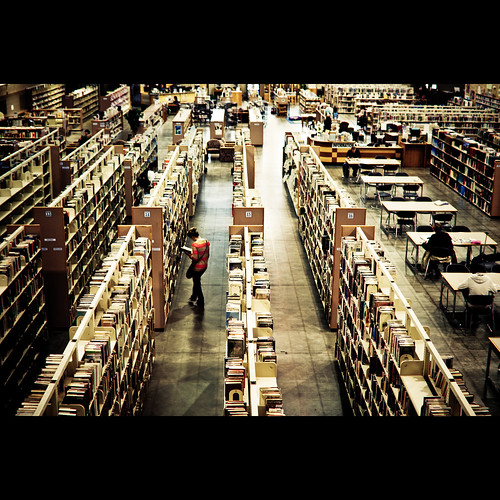 Libraries are not made; they grow.
~Augustine Birrell

Today we took the kids to Explorit in Davis. It is a science center for kids, sort of a small scale Exploratorium. The last time we visited, there was a hockey skating rink next door. It was cool because you could go to the second floor and look down on the players. So, imagine my surprise when instead of a hockey rink, I found this library…hence the quote.

Anyway, the processing for this one was kind of crazy. At first I tried a tilt-shift, but I think that effect would have looked better with a wider angle lens. So, I scratched that and went with an over saturated look. One thing led to another and I ended up with this.

I know there is a lot going on in the image, but there is something about it that I really like…probably the symmetry. Hope everyone is having a good weekend!

Processing:
– Opened RAW in Photoshop. Adjusted saturation, curves, contrast & more.
– Opened in Lightroom and played around with some of the presets.
– Opened in Photoshop again and did an layer overlay with the over saturated version and the one from Lightroom, then added letter-boxing.

Project 365: A daily collection of photos tagged "project365" on Flickr