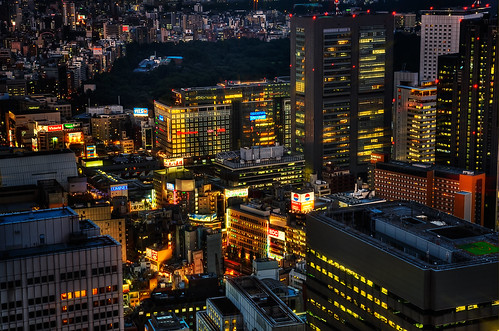 hit “L” for a more spectacular view!
—
It has been a while since I have been in Tokyo but I definitely plan to come back, soon! Some days ago my Japanese exchange student friends left and I am really sad about it.

I actually watched the movie: LOST IN TRANSLATION two times just because of the good old times… If you don’t know it yet, watch it. It is a strange but really awesome movie.

This shot is from the top of the government building. I did some other photos from the same location. You can see them in the comment section.

As I am browsing through your Flickr streams I see that the Tokyo Sky Tree is close to be finished. I think it is going to be the highest building in Tokyo so I really have to come back soon, to bring you some new and fresh Tokyo shots from above.