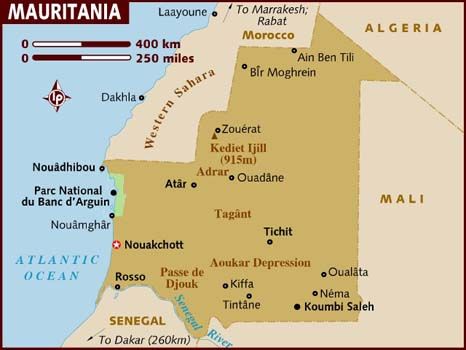 Map of Mauritania : officially the Islamic Republic of Mauritania, is a country in the Maghreb region of western North Africa, is bordered by the Atlantic Ocean in the west, by Moroccan-controlled Western Sahara in the north, by Algeria in the northeast, by Mali in the east and southeast, and by Senegal in the southwest.The capital and largest city is Nouakchott, located on the Atlantic coast.