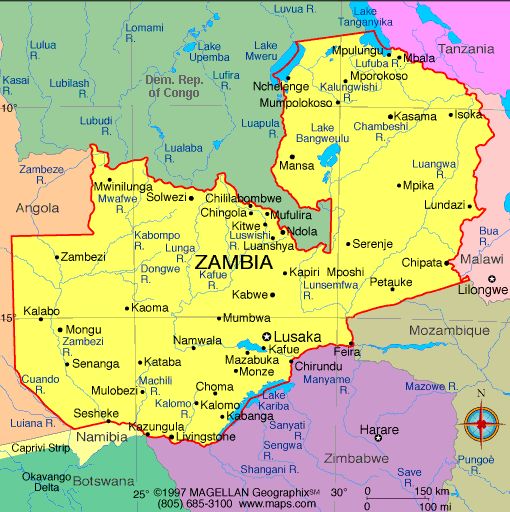 Map of Zambia. Zambia formerly known as Northern Rhodesia, officially the Republic of Zambia, is a landlocked country in southern Africa. The neighbouring countries are the Democratic Republic of the Congo to the north, Tanzania to the north-east, Malawi to the east, Mozambique, Zimbabwe, Botswana and Namibia to the south, and Angola to the west. The capital city is Lusaka, independence from the United Kingdom 24 October 1964.