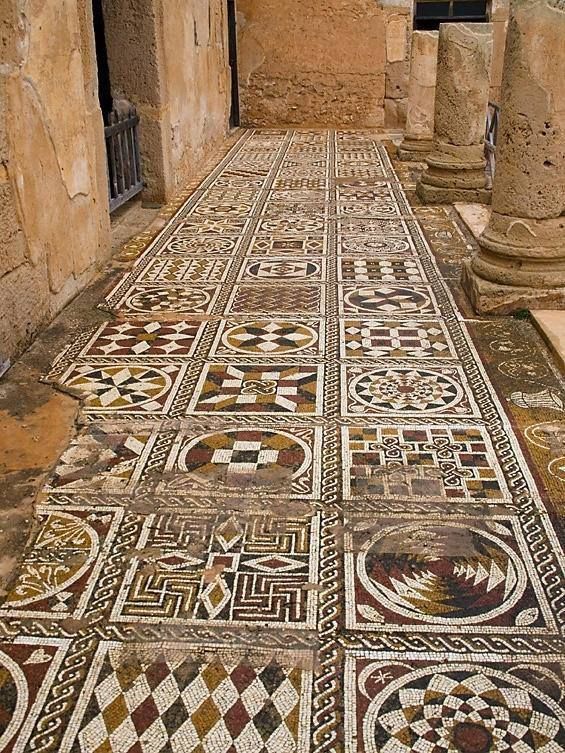 Mosaic floors, Villa of Silene, Leptis Magna, Liby. The Roman city became prominent in the 4th century BCE. “It nominally remained part of Carthage's dominions until the end of the Third Punic War in 146 BC and then became part of the Roman Republic, although from about 111 BC onward, it was for all intents and purposes an independent city.” wiki