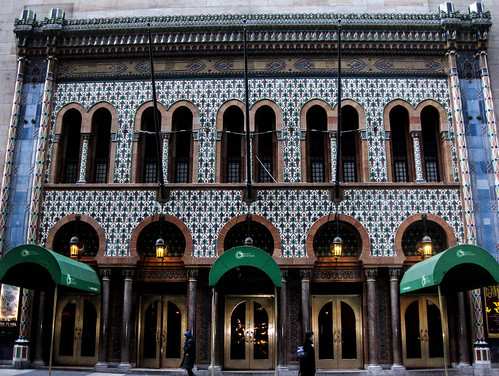 The New York City Center was designed by architect Harry P. Knowles and the firm of Clinton & Russell and built in 1923. It was originally called the Mecca Temple, by the Ancient Arabic Order of the Nobles of the Mystic Shrine, more commonly known as Shriners. The group had previously held their meetings at Carnegie Hall. According to Broadway lore, Carnegie Hall management was disturbed by the amount of cigar smoke generated during Shriners meetings and evicted them