Night in City of London 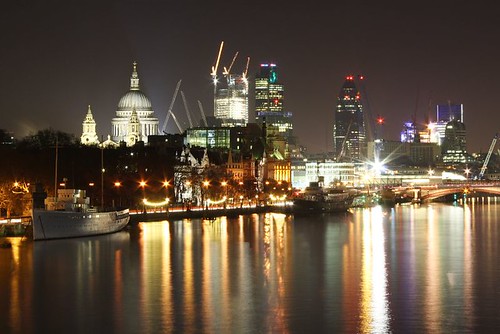 The City of London is a small area within Greater London, England. It is the historic core of London around which the modern conurbation grew and has held city status since time immemorial. The City’s boundaries have remained almost unchanged since the Middle Ages, and it is now only a tiny part of the metropolis of London. It is often referred to as the City or the Square Mile, as it is just over one square mile (1.12 sq mi/2.90 km2)[1] in area. These terms are also often used as metonymies for the United Kingdom’s financial services industry, which has historically been based here. – wiki

Previous City under the sun
Next Browse Geometric Designs