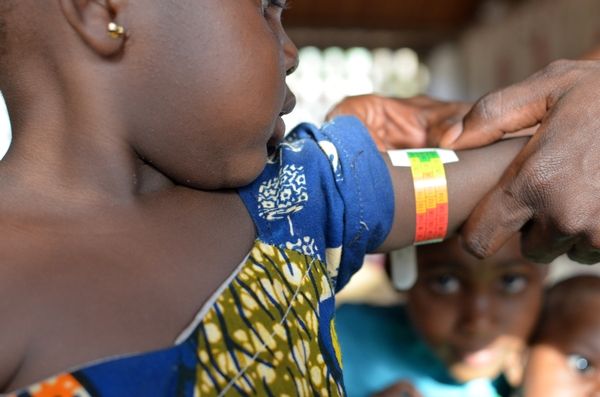 Photo by Remi Djian/MSF An MSF medical worker measures a displaced child for malnutrition. Muslim communities in many towns in western Central African Republic (CAR) have been attacked in recent weeks and residents have fled. In the town of Carnot, on several occasions, armed men entered the grounds of the city hospital where MSF is working, either in an attempt to kill patients or to attack displaced people living there. The hospital teams had to intervene each time.