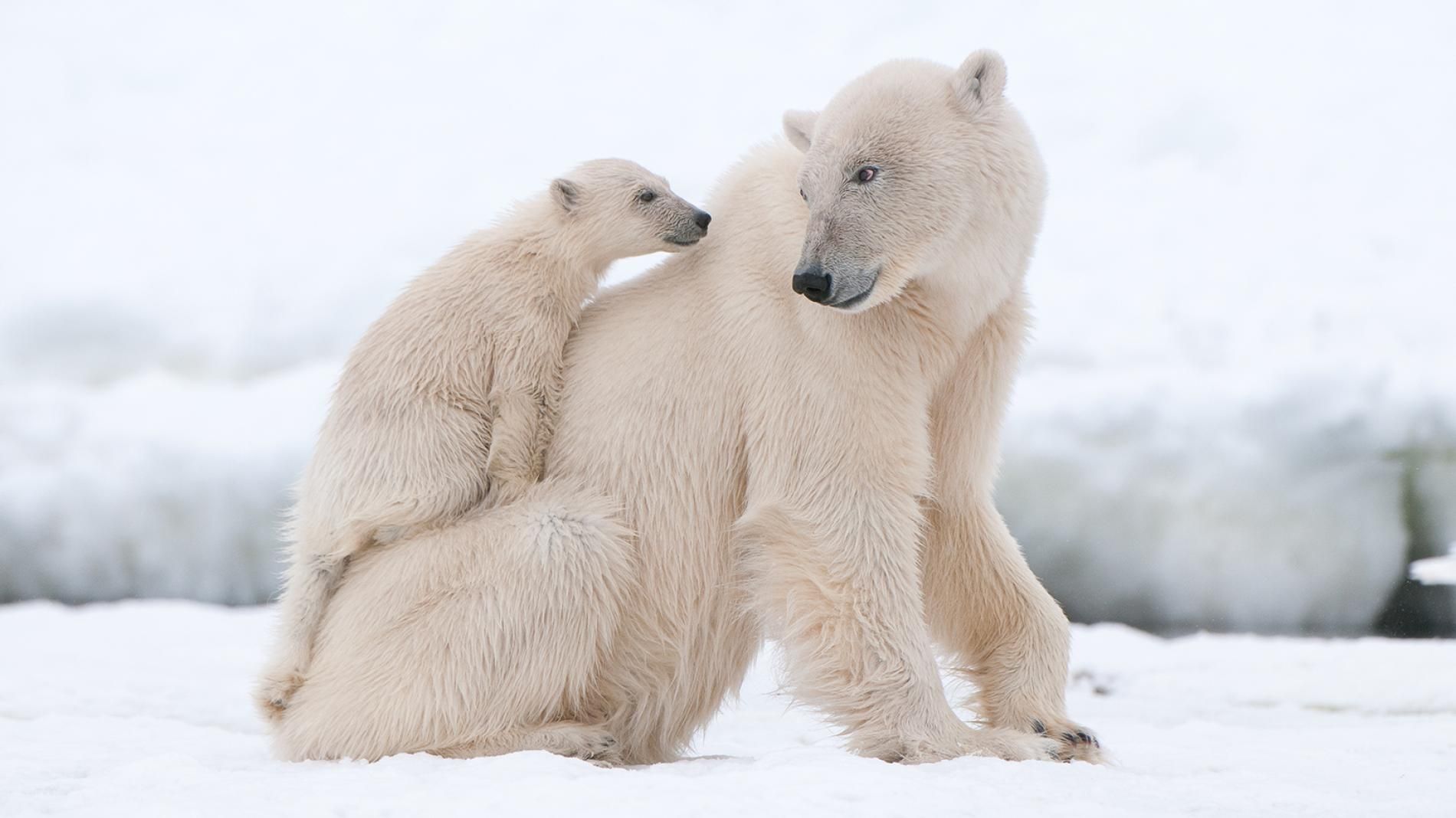 Polar bears live along shores and on sea ice in the icy cold Arctic. When sea ice forms over the ocean in cold weather, many polar bears, except pregnant females, head out onto the ice to hunt seals. Polar bears primarily eat seals. Polar bears often rest silently at a seal’s breathing hole in the ice, waiting for a seal in the water to surface. A polar bear may also hunt by swimming beneath the ice. But