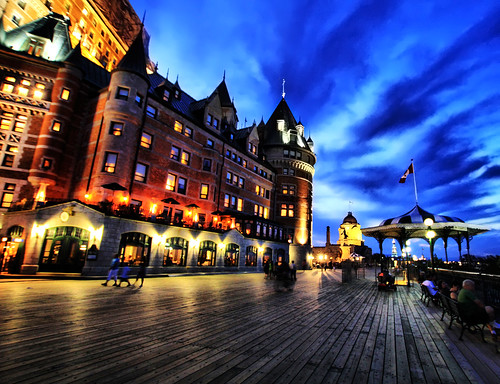 One of my favorite places in Quebec City, Canada, was walking along the boardwalk at the Château Frontenac!

"The Château Frontenac, currently known as Fairmont Le Château Frontenac, is a grand hotel in Quebec City, Quebec, Canada. It was designated a National Historic Site of Canada in 1980.Prior to the building of the hotel, the site was occupied by the Chateau Haldimand, residence of the British colonial governors of Lower Canada and Quebec."