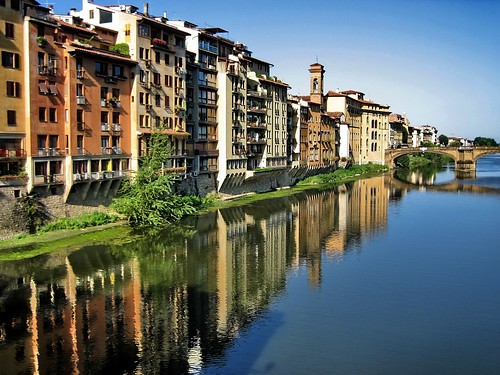 Florence is the capital city of the Italian region of Tuscany and of the province of Florence.
It is the most populous city in Tuscany, with 367,569 inhabitants (1,500,000 in the metropolitan area).
The city lies on the River Arno and is known for its history and its importance in the Middle Ages and in the Renaissance, especially for its art and architecture.
A centre of medieval European trade and finance and one of the richest and wealthiest cities of the time, Florence is often considered the birthplace of the Italian Renaissance; in fact, it has been called the Athens of the Middle Ages.
It was long under the de facto rule of the Medici family.
From 1865 to 1870 the city was also the capital of the Kingdom of Italy.
@Wikipedia

Previous A map of Australia, clearly illustrating the states and territories and major ci…
Next Machu Picchu Rules and Tips