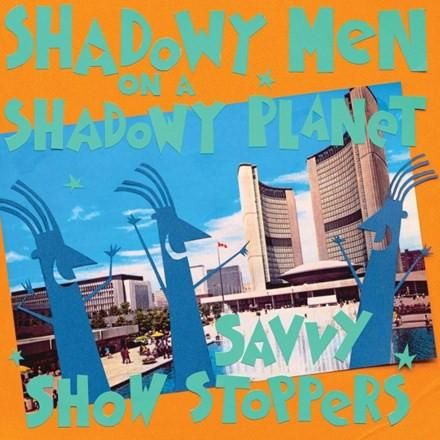 Shadowy Men on a Shadowy Planet Savvy Show Stoppers Vinyl LP Twenty-plus years after their last reverb trail dissipated, the remains of Shadowy Men on a Shadowy Planet have reconstituted. The Men were first reanimated in 2012 and have been semi-active since, revealing a stature and distinct influence that has only grown since their original incarnation.The group existed originally between 1984 and 1995, and released three albums and twelve singles, appeared on numerous compilations (including the formative