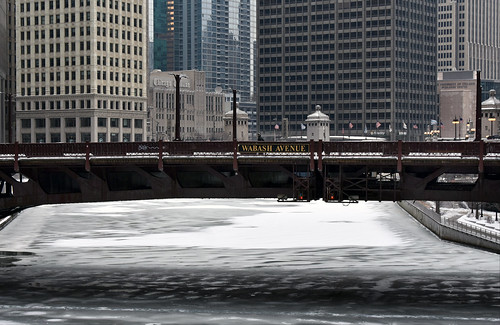 A solitary figure walks across the frozen Chicago River on the Wabash Avenue bridge. He is likely not a weather man. I take the title from a Nicholas Cage movie set in Chicago that came out in 2005, not long after I moved to the city. The movie was filmed during a Chicago winter, and it captured the aesthetic I’ve described ever since as "Midwestern Bleak." This is a good Midwestern Bleak scene. If I ever move away from this place, I will most often remember it in colors like this.