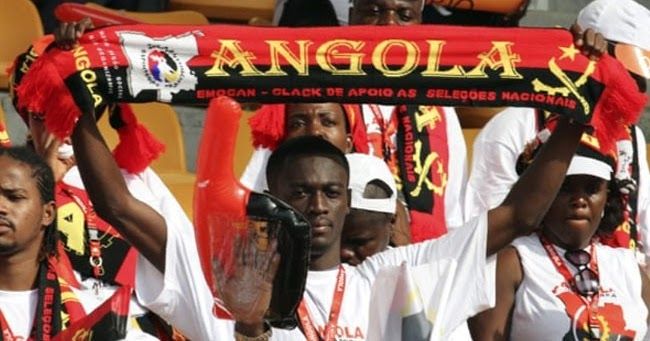 Two children and three adults were killed in a stampede at a weekend soccer game in Angola's capital Luanda prompting an investigation officials said on Monday. The infatuation occurred on Saturday when fans left the CAF Champions League quarter-final match between Primeiro Agosto of Angola and TP Mazembe of the Democratic Republic of the Congo the Sports Ministry said. The incident “caused the death by asphyxia of five followers and caused seven injuries at the end of the match” the ministry said in a statement. The two children were 10 and 12 years old he said. A survivor who only identified himself as Nemo talking to Zimbo from his hospital bed said: “The exit door was very small a lot of people fell.” The history of African football is marked by frequent deadly mob stampedes. In Angola in February 2017 17 people were killed and 58 wounded near the northern city of Uige before a season-opening match for the national championship. Earlier this month at least one person died and 37 were injured in a stampede before a qualifier for the African Cup in the capital of Madagascar Antananarivo. And in July last year eight people were killed when rival supporters clashed during the Senegal League Cup final and a stampede caused a wall to fall on the fleeing fans. The fighting came after police used tear gas to clean the area surrounding the stadium. In 2009 19 people died in the economic capital of Ivory Coast Abidjan after falling in love in a qualifying match for the 2010 World Cup between Côte d'Ivoire and Malawi.