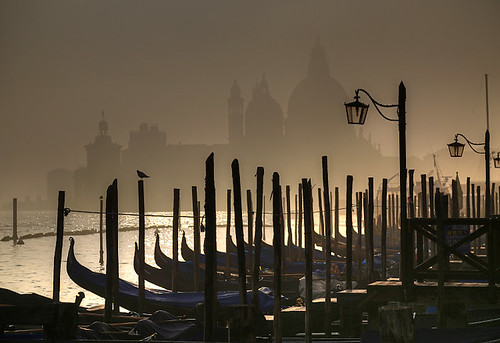 When I arrived in the city the waterfront was socked in heavy fog, which lasted during the interminable boat ride from the train station to San Marco square, I thought I would not be taking any photos that evening (I was almost feeling relieved after a month long chase of dusk and dawn photos), but 30 minutes before sunset the fog started to burn, and the frenzied chase began again.