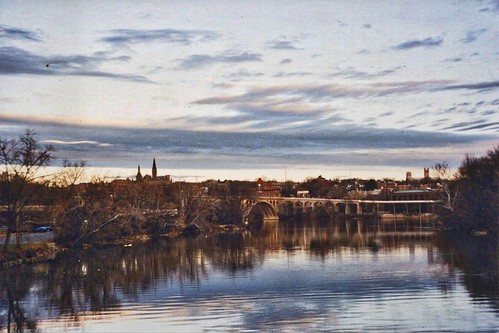 Georgetown is a historic neighborhood and a commercial and entertainment district located in northwest Washington, D.C., situated along the Potomac River. Founded in 1751 in the Province of Maryland, the port of Georgetown predated the establishment of the federal district and the City of Washington by 40 years. Georgetown remained a separate municipality until 1871, when the United States Congress created a new consolidated government for the whole District of Columbia. A separate act passed in 1895 specifically repealed Georgetown’s remaining local ordinances and renamed Georgetown’s streets to conform with those in the City of Washington.

The primary commercial corridors of Georgetown are the intersection of Wisconsin Avenue and M Street, which contain high-end shops, bars, restaurants, and the Georgetown Park enclosed shopping mall, as well as the Washington Harbour waterfront restaurants at K Street, between 30th and 31st Streets.

Georgetown is home to the main campus of Georgetown University and numerous other landmarks, such as the Volta Bureau and the Old Stone House, the oldest unchanged building in Washington. The embassies of Cameroon, France, Kosovo, Iceland, Liechtenstein, Mongolia, Sweden, Thailand, Ukraine and Venezuela are located in Georgetown.